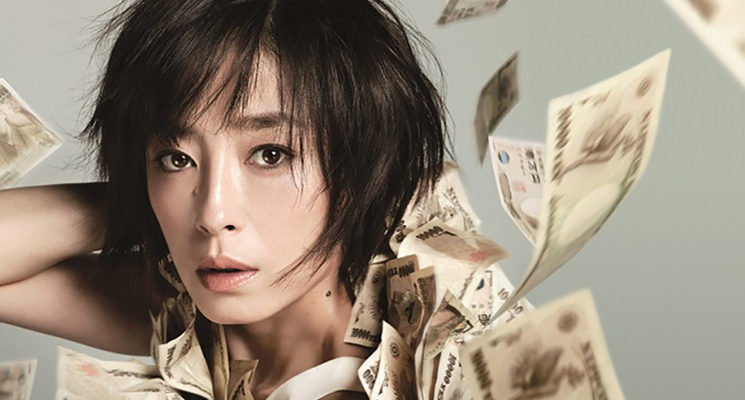 Much like Yoshida’s previous works, notably last year’s Japan Film Festival inclusion The Kirishima Thing and his 2007 debut feature Funuke, Show Some Love You Losers, Pale Moon is essentially a dual character study that probes the psyche of Japan’s outcasts while exploring the cultural traits responsible for their exclusion. In this case Yoshida offers us Rika Umezawa, a part time financial agent who has found herself childless and locked in a disinterested marriage shortly after Japan’s economic bubble burst. Driving Rika’s motivation is a deep seeded need to help others, beginning with the banks elderly clients whose financial accounts she manages. However after a chance meeting with the grandson of a new client, Rika engages in an extramarital affair that soon ignites a more urgent, psychological need to help, putting at risk her job, company and marriage.

Headlined by actress Rie Miyazawa, who delivers a mesmerizing if low-key performance, Pale Moon is a seething, understated mosaic of social commentary. And while it touches on a number of human and societal themes including feminism, corruption and moral ambiguity in a Japan’s post-bubble era, Yoshida never relinquishes his control of the narrative, avoiding any temptation to indulge the sensational. As a result Pale Moon is pure drama, celebrating the quiet desperation of 1990s Tokyo and those navigating its turbulent currents, while Miyazawa’s near flawless turn as the fallible Rika make the film both relatable, confronting and essential.